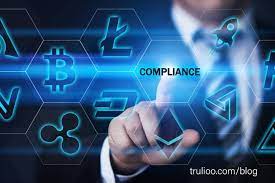 When my younger brother, Charles and a director in my company, Siscomedia Ltd, began learning about Blockchain and all the opportunities it entailed I felt useless. Why! You see the blockchain technology in Nigeria was in its infant stages and there was so much noise, tech jargons and unproven case studies flying around that period.

And being a non-techy person it made me switch off. I always run away from any thing that is technical or that has to do with coding. 😀 Three Gbosas! to all the programmers and coders I have had to work with and those still working with me.

And Blockchain being new, not many people wanted to touch it, not even with a long stick. It didn’t’ help that many of people, like my brother making a killing on it found it difficult to explain the terms and benefits in simple English. English enough for a primary one pupil to understand and teach fellow primary one pupils too.

What is the Blockchain then.

In simple terms, Blockchain is a system in which a record of transactions made in bitcoin or another cryptocurrency are maintained across several computers that are linked in a peer-to-peer network. Blockchain is referred to as a distributed database or ledger. Validated and maintained by a network of computers around the world.

For instance its like having the names and phone numbers of the members of your church in one branch, another part of it in another branch of the church and the third another place else. And all three pointing or validating each other to ensure all the details are correct and un tampered with.

Some features of the Blockchain network includes:

Immutability in simple terms means it can not be changed.

Cryptographic security is a sort of secret code  that provides for secure communication in the presence of malicious third-parties  who might steal the info being sent back and forth.

Distributed ledgers is a digital system for recording the transaction of assets in which the transactions and their details are recorded in multiple places at the same time. One part of the transaction can be recorded or store in Nigeria, another part in China and another in Ukraine.

Consensus agreement/mechanism is a fault-tolerant mechanism that is used in computer and blockchain systems, which ensure trust in transactions

All these make the blockchain network unique and able to provide the super functions you have always heard of. There’re several types of kinds of Blockchain. These includes the permissioned, permission-less and even hybrid Blockchains. Blockchain is sort of the backbone that powers cryptocurrencies. You must have heard of bitcoin. the world’s number one cryptocurrency. Well! It as well as other cryptocurrencies are mostly powered by this blockchain system.

Well! Its not too late for anyone to enter and reap from the immense and limitless opportunities the blockchain/cryptocurrency provides. You can join us here on Telegram or here on Facebook to learn more.

Some other ways to earn from cryptocurrency apart from trading

What is Cryptocurrency? – A Simple Explanation

5 ways to make money from cryptocurrency